From Bugoma Forest to Bugoma Forest; a closed circuit along the shores of the Itaka Lya Mwitanzige (Lake Albert), crossing the Bugungu ancestral lands occupied by the Murchinson Fall National Park up to Pakwach and down towards the Mahagi territories, finally cruising the lake on a boat back to Hoima district. 550 km to walk along with the Women Environmental and Human Rights Defenders, the custodians of a land that the extractive industry is clearing.

Environmental Defenders have activated and implemented monitoring and reporting from the ground. In its strategy it uses the study of land dynamics through the collection and analysis of geographic-environmental-social data to frame and implement projects addressing ecological justice, starting from a rights-based approach.
In particular, participatory mapping with communities is aimed in this context as a process for knowledge building, networking and cooperation, supporting community-based biodiversity conservation as the basis for ensuring food security and sustainable livelihoods.

Participatory mapping of cultural heritage is understood as a process aimed at the identification and recognition of tangible and intangible elements with cultural and social significance, in order to write the memory of this territory.
In the Mahagi territories a collective activity of recognition of the cultural heritage as unprecedented is necessary. The censorship and cancellation of cultural heritage, together with the transformations that began during colonial occupation, have in fact determined a cultural loss that has had disastrous effects in the protection of land rights, triggering conflicts over the use and management of resources.

Identification of ecologically fragile areas prioritized for forest conservation and restoration in Mambasa and Mongbwalu sectors, Ituri Province, Democratic Republic of the Congo

The landscape of the Mambasa and Mongbwalu sectors are facing an undergoing a gradual decline in dense and secondary forests, triggered by (legal, illegal and unregulated) resource exploitation and their unsustainable use, some detrimental forms of agriculture, rapid urban growth in absence of long-term strategic planning, all linked by instability arising from land conflicts that chronically plague the region.

The restoration of degraded ecosystems is an essential activity to achieve environmental and ecological justice. Environmental and ecological justice focus on the intersections between the systemic exploitation of humans and the natural world; this includes inequities in the access and use of natural resources and in the distribution of environmental harms (by race, class, gender, among many). Furthermore, land rights for women in East Africa go beyond property rights and touch on often sensitive issues around different tenure systems (statutory, customary and religious), landbased wealth, power and social relations that give or take away their right to access and control resources.

This study focuses on the process of identifying ecologically fragile areas in which to implement forest conservation and restoration projects from a local, not purely biological and participatory perspective.

Women Environmental Human Rights Defenders – WEHRDs are any individual or group working to protect or promote human rights in the context of the environment, such as the defense of land rights, access to natural resources and the right to a healthy environment, and that they are often members of indigenous and traditional communities who play a key role in combating environmental crime.

The United Nations Declaration on Human Rights recognized for the full and effective implementation, and for promoting respect, support and protection for the activities of human rights defenders, including women and indigenous human rights defenders which is essential to the overall enjoyment of human rights and for the protection and conservation of the environment, including the rights to life, to the enjoyment of the highest attainable standard of physical and mental health, to an adequate standard of living, including adequate food and housing, and to safe drinking water and sanitation, and cultural rights.

Across the world, more than 212 land and environmental defenders were killed in 2019 an average of more than four people a week. Of these, over 1 in 10 defenders killed were women. Mining, agribusiness and logging were the major sectors linked to the most murders and increasing security threats globally. Over two-thirds of killings took place in Latin America, which has consistently ranked the worst-affected region since Global Witness began to publish data in 2012. Verifying cases from Africa continues to be difficult due to limited monitoring of the issue by civil society, media repression and localised conflict mean attacks are probably underreported in some regions according to the Global Witness.

WEHRD’s are particularly targeted because they act and speak out against environmental harms and human rights abuse thus they have increasing targeted with gender-specific threats, including sexual violence, violence against their children another family member.

The communities that ED supports are those negatively impacted by the ongoing Oil and gas exploration activities with their associated negative impacts on the environment and the human rights of the populations residing in the areas affected by the oil project, and which they attribute to a diverse range of actors. In particular, in particular, communities right to land, housing, and an adequate standard of living, the right to health and clean water and the right to a healthy environment have been negatively affected. The violations of these rights are inextricably related to violations of the right to information, the right to participation, and the right of access to justice perpetrated by the Oil project by China National Offshore Oil Corporation – CNOOC and Total Uganda ltd.

The activities of WEHRD’s and their organizations as well as communities are met with constant Government harassment and restrictions, along with the threat of various forms of repression. For example, Police raids and administrative and judicial harassment are used as deterrents against the work of WEHRD’s and their organisations. This worrying context for human rights sets a negative precedent that may aggravate the impacts of the activities of the oil industry.

The term food sovereignty, coined with the aim to politicize the food and agricultural debates from below, refers to the right of nations and peoples to control their own food systems, including their won markets, production modes, food cultures and environments. This approach creates wider socio- cultural and ecological synergies by promoting principles of diversity, recycling, integration and re-embedding food within social processes and eco-systemic dynamics. The food sovereignty movement proposes a localist approach to meeting food security and is spawning multiple local projects, whereby people are empowered to define their own culturally and environmentally appropriate food systems. Food sovereignty has emerged as an alternative approach for achieving food security at the local level. 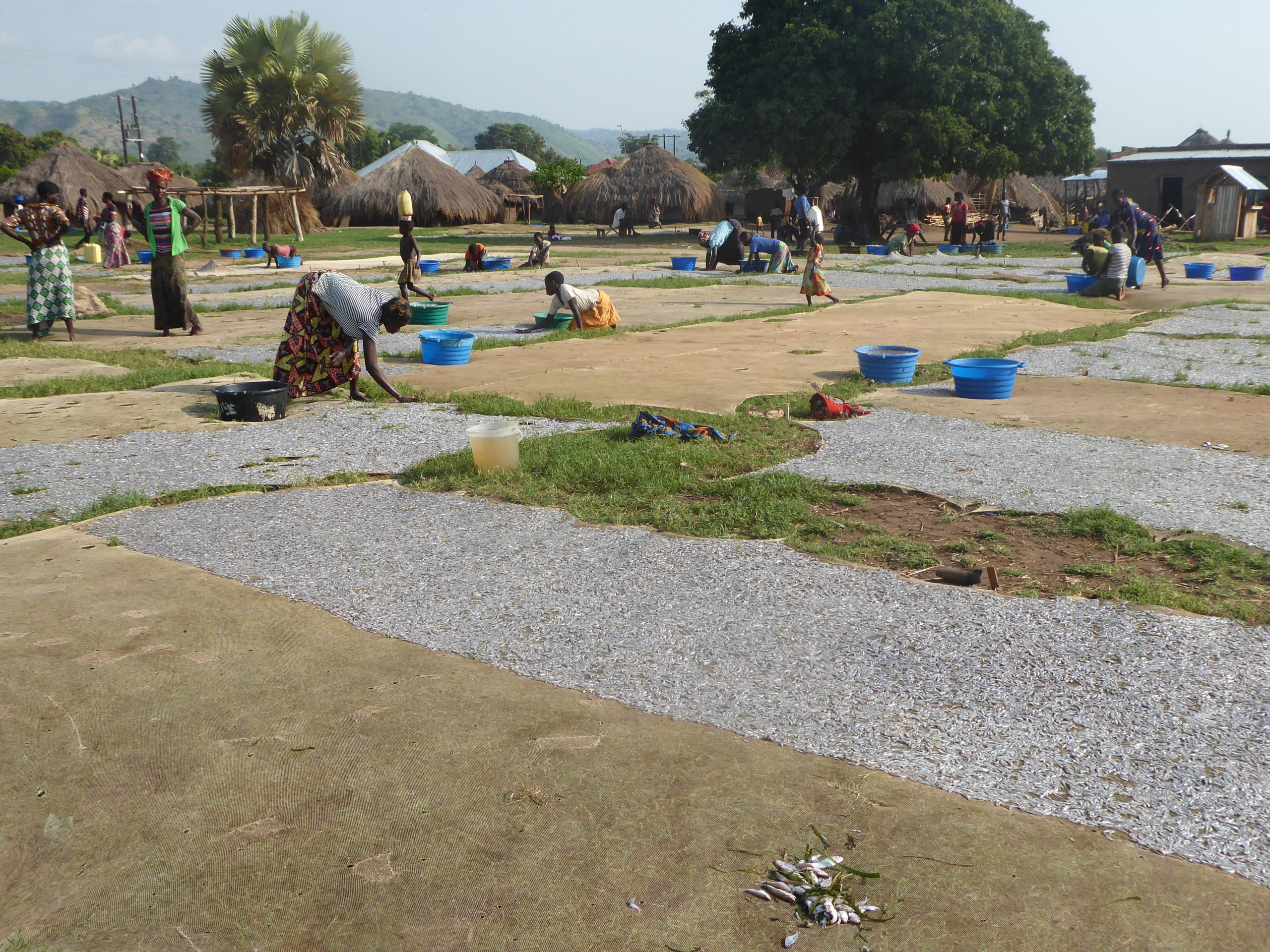 ED has designed an interpretive model to understand what actions are necessary to implement projects within a food sovereignty strategy. This scheme is the result of a holistic approach that identifies the drivers and constraints to implement this strategy. 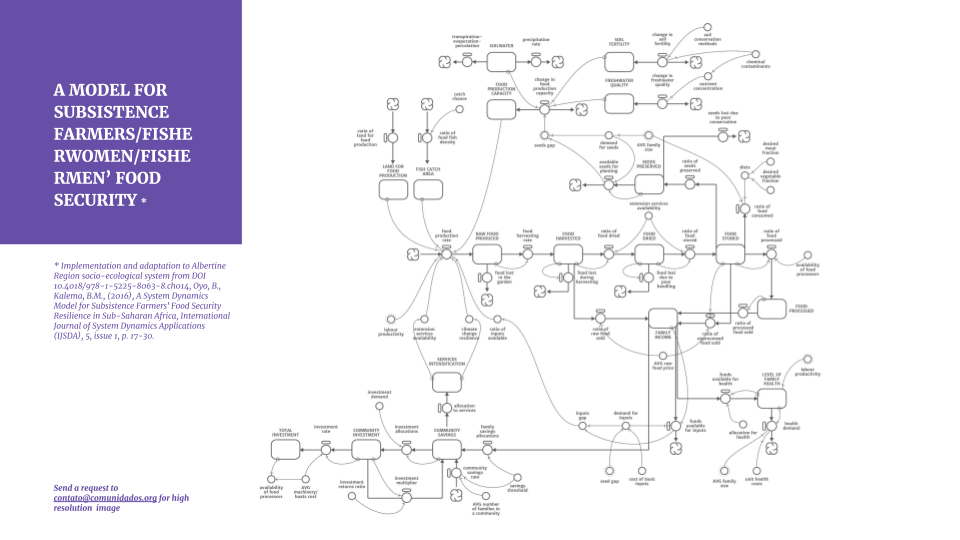 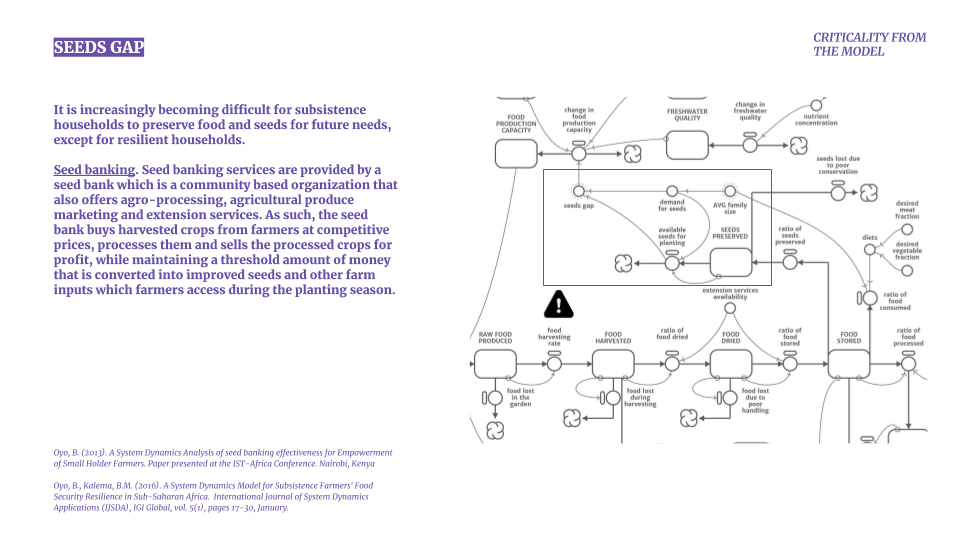 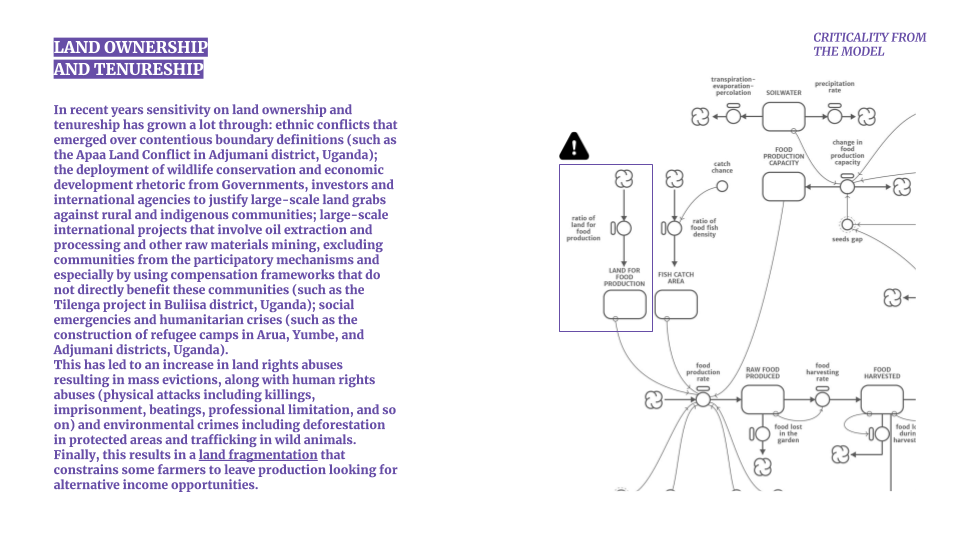 FIDH and FHRI undertook this Community-based human rights impact assessment (“Assessment” or “Report”) of the Lake Albert to address the impacts of extractive industries. The Report, which is the result of a long process and implements a community-based Human Rights Impact Assessment methodology, documents a number of human rights violations and abuses resulting from the activities of the State of Uganda and the companies developing the oil projects in the Tilenga and Kingfisher areas. In particular, the Report focuses on the right to land, housing, and an adequate standard of living, the right to health and clean water, and the right to a healthy environment. The violations of these rights are inextricably related to violations of the right to information, the right to participation, and the right of access to justice. The Report also emphasizes the great risks of further harm to human and environmental rights in decades to come if Total, CNOOC, and the Ugandan Government fail to enact a series of preventive and remedial measures, as well as larger policy changes, before moving on with the project.

In the last thirteen years since the discovery of oil and gas resources in Uganda, numerous developments have taken place to pave way for the development of oil and gas sector which necessitated land acquisition. In response, interventions such as cash compensation, partial land acquisition and resettlement were undertaken. The lacuna for this study is that, there is limited research that focuses on the experiences of women in oil–induced land dispossession, compensation and resettlement in
relation to their reliance on the land for livelihood. This paper, therefore, aims at evaluating these experiences on land compensation dispossession for oil and gas development activities and the impact on women’s livelihoods in Albertine region. A phenomenological study research design was adopted through multimethod such as in–depth interviews, focus group discussions, covert observation and documentary evidence.
Purposive sampling was used to select wo men in categories and snowball sampling to trace displaced women who were not resettled. Findings indicate that cash
compensation and resettlement process had loopholes that failed to deal with social, cultural and economic aspects of the affected communities. In conclusion, oil induced compensation process has had devastating experiences on women and many have become more vulnerable. We argue that the negative lived experiences by women as a result of compensation process were attributed to their subordinate status in the rural communities in respect to property ownership and household decision making. The study recommends that future land compensation, resettlement and implementation strategies be gender–inclusive in order to mitigate negative
impacts on women livelihoods.

Total’s operations in Uganda involve risks of serious human rights and environmental violations, detailed in the present report. In spite of these risks, Total’s 2018 vigilance plan mentions no specific vigilance measures for the Tilenga and EACOP projects. The vigilance plan thus fails to comply with the duty of vigilance law, as it does not map risks. The plan is clearly inadequate, as potential risks caused by the group’s operations are only described in a perfunctory manner. Only very general risks are mentioned, and the plan does not include a detailed report or rank risks based on the group’s actual operations (e.g. by sector, by geographical area, by activity, by company/ supplier/subcontractor, etc.)